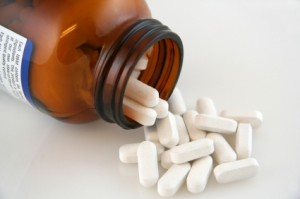 The disturbing news story by Bloomberg on a potential increase in drug prices has been the subject of discussion for quite a while. The article claimed that some drugs are bound to experience an increase in prices of up to 75% in the next seven years while some might even experience a greater increase.

The question we are asking is,” What methods do the pharmaceutical companies employ in substantiating these costs? ” Obviously, the reason can’t be lack of profits. This means that it is a matter of knowing they are able to do it without anyone stopping them. It all comes down to the amount of leverage one can employ in order to gain monopoly. Various possibilities come to mind when you think about their reasons for doing it. It makes you wonder if they could be relying on members of congress therefore making them incur millions in lobbying (but again, that can’t be because they were just #9) and so they are counting on a major trade pact (TPP) to give them monopoly in the industry.

Studies reveal that 35 million Americans are unable to stick to their prescription regimen due to lack of finances to cover the cost. This has resulted into millions of people resorting to measures such as cutting back on the recommended dosage, splitting pills or simply failing to take their health maintenance medications. It goes without saying that this situation is bound to get worse if the 75% increase in the cost of drugs is carried out.

A survey carried out by the Commonwealth Fund Biennial Health Insurance reported a decline in the percentage of working-age adults who are uninsured. This was due to some policies put in place by the Affordable Care Act and these were in form of consumer protections and subsidized insurance options. The figure dropped from 37 million people equivalent to 20% of the population to 29 million which is equivalent to 16% of the population. This was between 2010 and the second half of 2014.

These policies and others have led to a significant decline in the number of U.S adults who lack or have inadequate health insurance. In addition to that, the survey discovered that working-age adults are able to access the health care they need and at affordable costs therefore reducing the financial burden normally brought about by medical bills and debts. All these efforts have resulted into great progress in the health care sector of the U.S. This is all set to change when the prices of medications go up by a whole 75% and it will make the situation worse than before. Many people will not be able to affect medical care. The fact that improvements in medical bill problems have been reported by insured adults doesn’t mean that these problems have completely vanished. The truth is that they are still on a high level especially among working-age adults with low incomes. Therefore, it is obvious that we will be taking many steps backwards in the health care sector when the prices changes are put in place.