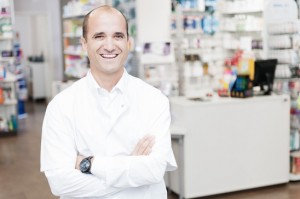 Even with available medication in the United States, millions of Americans continue to purchase their prescription medications in Canada. To understand the reason behind this phenomenon and its repercussions, the Canadian International Pharmacy Association recently rolled out a survey to approximately 2,700 American customers, and what they found was very surprising.

Among the respondents, 64% have reported purchasing prescription medication from Canadian pharmacies, with the reason that it is cheaper to purchase from there than within the country. Another 22% of the respondents reported that their medications are not covered by their medical insurance.

Numerous studies have documented the problem that millions of Americans face due to expensive medication, and this is further validated by the survey. Twenty-five percent of the respondents agree with this issue, recognizing the fact that lack of financial capacity has kept them or someone in their household from filling their required prescriptions. Around 30% of respondents have reported having to resort to splitting pills or skipping doses or other similar actions because of the lack of medication available.

Because of this, quite a number of people in this predicament have resorted to buying medication outside the country – because they are more affordable and therefore accessible.

In the survey, respondents report to saving up to 50% a month by purchasing their medication from Canadian pharmacies. Most purchases are done online, with medicine shipped inside the United States. Some, however, access medication by taking trips across the border. Unfortunately, not everyone has the same access to Canadian pharmacies.

Given that, taking out the option of buying medication from Canada can pose serious problems to many of the country’s sick individuals. Without this option, only 32% of the respondents would be able to fill some of their prescriptions. Eleven percent would not be able to buy medicine at all.

This eventually leads to the problem of non-adherence, which gives rise to more health problems in patients. Non-adherence is another real problem which causes the health care system an additional $290 billion each year – an unnecessary expenditure that burdens the country’s taxpayers.

Indeed, the problem of expensive medication in the United States is something that needs addressing, and until such time, patients will continue to purchase from Canadian pharmacies to address their medication needs.