Artificial food dyes provide no nutritional value in our foods, but they are used extensively to make many items more appealing to the eye. However, would you still want to purchase something that could cause cancer? I thought not. 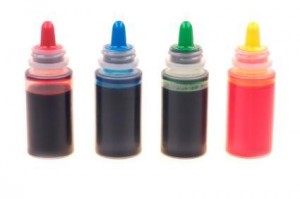 of the most commonly used food dyes, Yellow 5, Yellow 6, and Red 40, are known to be contaminated with carcinogens. However, even though these food dyes are known to cause cancer, does not mean manufacturers will have to stop using them. Red 3 has been known to cause cancer for some time now, even the FDA acknowledges this fact. However, the Reagan administration stopped a ban from being placed on the food dye.

It seems more is being done in Europe to at least warn the public about these harmful food additives. The European food manufacturers are now being required to place warnings on the packaging of products using these food dyes. The six food dyes, identified in 2008 by Britain’s Southampton University, and now known as the Southampton Six are: tartrazine (E102), quinoline yellow (E104), sunset yellow (E110), carmoisine (E122), ponceau (E124), and allura red (E129).