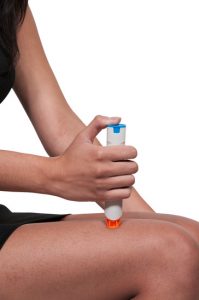 People who have severe allergies are usually at risk of an anaphylaxis episode. This is a very severe allergic reaction that occurs when the person is exposed to an allergen. The most well-known symptom of anaphylaxis is constricted breathing due to swelling, which can be life-threatening if left unaddressed.
EpiPen is the widely-used method of delivering the medication needed to treat the severe symptoms of this allergic reaction. The small contraption is a vital instrument that administers a small dose of epinephrine, which allows the body to stimulate muscles in the heart, throat and chest to re-activate breathing mechanisms in the body.
However this lifesaving medication has become outrageously expensive due to Mylan (the company that sells EpiPen) developing a monopoly in the market. Mylan obtained the official right to market and sell this product in 2007, and since then, the company has been known to outrageously hike up the EpiPen prices. Competitors have been unable to create an injection system as reliable as the EpiPen. A pair of EpiPens which cost around $100 in 2007 has been subsequently increased to around $600 over 17 price increases in the past few years [1].
Mylan settled a lawsuit in 2012 by agreeing to let another pharmaceutical company introduce a generic version of the EpiPen. This provided some hope for consumers because a cheaper option in the market would have given them a viable alternative and ideally drive down the price of Mylan’s EpiPen. However, the generic version, which was introduced by Teva Pharmaceuticals, was “unexpectedly rejected by the Food and Drug Administration” [2]. This caused an outrage in consumers because Mylan had been increasing its drug prices to make their final profits before the introduction of a generic. Additionally, Sanofi’s Auvi-Q, another generic alternative, had also “been pulled from the market last year because of dosing problems” [2].
So, instead of Mylan making their final profits before the introduction of two generics; they made outrageous profits and ended up with a monopoly over the market. Moving forward Mylan now has the ability to keep increasing EpiPen prices for at least another year.
Since Mylan continues to hold the monopoly on EpiPens, patients seek alternative methods of purchasing the injector. Some turn to Canada to purchase EpiPen, where the prices are drastically more affordable. International certification boards like the Canadian International Pharmacy Association (CIPA) and PharmacyChecker.com are excellent sources one can use to ensure that they are ordering from trustworthy pharmacies online. On average, the price for an EpiPen ranges from $100 – $400 from a trustworthy Canadian online pharmacy.