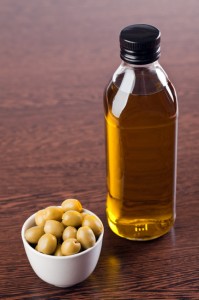 Here’s a quick fact: Alzheimer’s disease (AD) affects around 30 million individuals worldwide. To put that in perspective, the latest figures show that Malaysia has a population of about 29 million. That means that the total number of Alzheimer’s sufferers is the equivalent to the population of an entire nation.

Quite a perspective, isn’t it?

Take into consideration too that at this moment in time, there is no cure for Alzheimer’s disease. It’s predicted that by 2050, 1 in 85 people will suffer from Alzheimer’s.

It’s no wonder then that researchers have frantically been searching for a cure and for ways to decrease the risk of Alzheimer’s disease. And finally, they might just have discovered the cure within extra virgin olive oil.

At first, this solution might seem a little left field, but the reality is that the prevalence of Alzheimer’s disease in Mediterranean countries is far lower than in Western nations. The link, researchers believe, lies with extra virgin olive oil.

Olive oil and the brain
According to a alzheimer’s research published in ACS Chemical Neuroscience journal, olive oil contains a protective agent called oleocanthal. Oleocanthal is most commonly recognized by its tendency to result in a ‘burning sensation’ in the back of the throat when olive oil is consumed.

Oleocanthal contains both anti-inflammatory and antioxidant properties, and has been linked to the management of inflammatory degenerative joint diseases.

What’s more interesting for Alzheimer’s sufferers and those at risk though, is that consumption of oleocanthal enhances the production of two vital proteins and enzymes. These proteins and enzymes, researchers claim, have the ability to identify AD proteins within the brain and then ‘shuttle’ those proteins out before they can develop into AD and cause any damage. The result is almost like a search and retrieve mission for AD proteins in the body.

The report states that ‘Extra-virgin olive oil derived oleocanthal, associated with the consumption of the Mediterranean diet, has the potential to reduce the risk of AD or related neurodegenerative dementias.”

For a disease that has yet to find a cure, this is big news. So if you’re looking for an easy way to protect you and your family from Alzheimer’s disease, make sure your next grocery list includes a bottle of extra virgin olive oil.