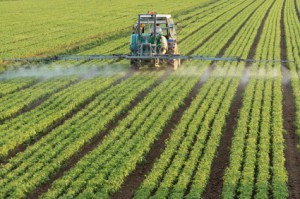 In a recent study it was found that pregnant women who are greatly exposed to pesticides will have children with a higher risk of developing ADHD. Attention Deficit Hyperactivity Disorder is a condition involving the nervous system and has symptoms such as inattention, restlessness, and impulsiveness.

Other symptoms of ADHD include: the inability to pay attention, hyperactivity, impulsiveness, forgetfulness, and mood swings. ADHD needs to be diagnosed by a doctor as it is often difficult to tell whether a child is just immature of his/her age, super active,  as well as many other situations.

According to the study that observed approximately 300 pregnant women, traces of ADHD were observed at the age of five for children whose mothers had been exposed to pesticides.

The conclusion found was that women living close to agricultural areas were more susceptible to give birth to children with a high risk of ADHD. However, it also affects the common person. Everyone eats fruits and vegetables. Fruits and veggies are sprayed with pesticides when they are growing so that they do not get attacked by insects and other pests.

It is recommended that people take time to wash their fruits and vegetables properly before eating them. This has now become especially important for expecting mothers. Another alternative would be to eat organic foods instead.

Lastly, it is important to inform you that many other factors could have contributed to the results found in this study besides exposure to pesticides. This issue is still being studied.