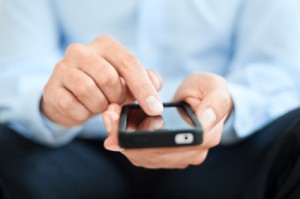 What is a smartphone? If you do not know already, a smartphone is the next evolution of a traditional phone. Put another way, it is a phone with a (relatively) full operating system, enabling you to do most of what you could do on a personal computer, virtually anywhere.

There is no question that smartphones are the here and now; in fact, they seem to be the future as well. They are innovative, and surprising in the scope of where and what they can make possible when compared to their last-generation counterparts. Smartphones enable lifestyles, and because of that, they are just plain cool.

While some people are caught in the question of which mobile app is the best for business, or recreation, more and more people who live with certain physiological or psychological conditions find themselves inquiring about what the best medical apps for the iphone are, or the best medical applications for Android.

Unlike Angry Birds, or some of the more superfluous applications out there, some of the best medical apps for the iPhone or Android are literally changing the quality lives by providing services and lifestyle benefits that not even a live personal physician could offer. Now that is cool.

So, what is the best smartphone medical software available right now?

Take Proloquo2go, an ingenious little collection of software that allows people who suffer from verbal communication problems—such as people who have had a stroke, are afflicted by some form of Parkinson’s Disease, or Autism—to effectively communicate through a the workings of a collection of pictographs that correspond to certain words which the phone then speaks out loud.

Dr. Dr. James Aw, of the Medcan Clinic, a leading private health clinic in Toronto, has a patient, Nima, whose autistic daughter uses Prolonquo2go to great success. “This is the first thing that’s helped,” Nima says. “Before, my daughter had trouble communicating with her family. Now, we’re getting to the point that she’s able to communicate with anyone. Her world is wide open.”

Something else in the way of smartphone medical software is called ‘Bant,’ a device intended for treatment of type 1 diabetes. Instead of using a traditional insulin syringes and needles, users prick themselves with (a) glucometer(s) several times a day, monitoring their blood-sugar levels for trends which may affect their next insulin dose. The information is sent back to the mobility medical equipment wirelessly. Bant’s name refers to Sir Frederick Banting, one of the great researchers in medicine and one of the Canadian doctors who helped to discover insulin. The application is somewhat intended for teens who can be apt to forget their testing, and Bant was credited with users conducting about 50% more monitoring in a clinical trial than the traditional alternative.  (Note: possibly because participating teens who logged their tests were rewarded with credits at the iTunes store).

Bant and Proloquo2go represent the next paradigm of patient care; they are the baby steps towards what could be possible someday—someday soon, in all likelihood. Even now, instead of performing body-weight calculations by hand, doctors have medical reference apps like Medscape, Micromedex, and Epocrates to help them with on-the-fly assessments. These types of tools will only get more sophisticated as next generation smartphone medical software emerges.

All this progression begs the question of whether or not computers and robots may eventually take over the role of doctors all-together?

To this point, Dr. Aw remains skeptical: “As no two faces are the same, no two bodies are alike, and no two individuals react alike and behave alike under the abnormal conditions which we know as disease.”

In other words, it would seem doctors will always represent that grey area between theory and application, but the prevalence and evolution of the tools available for them will certainly go a long way in supplementing much of the workload they are now burdened with. The end result is lifestyles that are rich in meaning and open in accessibility—and that is pretty cool.