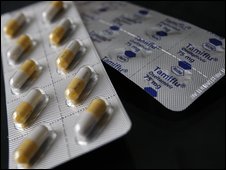 The Swine Influenza has now officially claimed its first victim from the United States. The Centers for Disease Control and Prevention (CDC), has posted in the 11:00AM ET update on April 29, 2009, that there has been the first confirmed death caused by Swine flu in the United States. Of the 91 laboratory confirmed cases, a 23-month-old child from Texas has become the first unfortunate victim.

Officials are surprised however, of how mild most of the cases have been outside of Mexico. With over 159 people dead from the effects of the Swine Flu in Mexico, many wonder why U.S citizens have experienced much more mild symptoms. As of now, many confirmed cases in the United States and elsewhere have not required hospitalization from the effects caused by Swine Flu. However, authorities are preparing for what now seems like an inevitable pandemic, with the CDC raising the flu threat level to 5, only a single level below a full-scale pandemic.

With the inevitability, or so it seems of a global pandemic, U.S vaccine producers have had to switch into a higher gear. The plan for now seems to be that vaccine producers hope to develop and manufacture a large enough supply of Swine flu vaccine for every American citizen by September.

What Is The Significance Of Swine Flu Reaching Threat Level 5?

For those who do not understand the significance of the threat level of the Swine flu being raised to level 5 allow me to give an explanation. There are a total of 6 levels for the virus to reach pandemic level. With the Swine flu at level 5 it needs only to reach level 6 to become a full-scale pandemic. Level 5 is also considered the start of the Emergency Response level, with training increasing implementation. For an example of what a pandemic could me we only have to look back to 1918-1919, when the most severe influenza of the 20th century emerged and killed an estimated 40-50 million people globally.