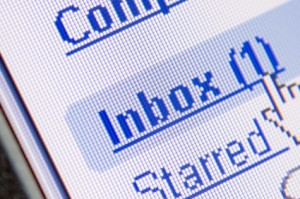 The internet seems to be in control of almost everything and everyone. The whole world is basically at one’s fingertips. For instance, what can’t you do on the internet? People can shop for their favorite clothes or accessories, talk to their friends, read the news, research various topics, and play games. The list is endless.

Although, it is great that we can stay in just one spot and do so many different things, the internet does come with its cons. Nowadays, many people do not have good communication skills; they are used to sending emails or instant messaging. Obesity, especially in children, has also increased tremendously over the years. The amount of time spent on the computer is one reason for this rise. Kids stay on the computer for far too long instead of doing other things such as playing sports, going to the park, or spending time with their families.

In addition, you are revealing a lot more about yourself then you may think on the internet. And, once something is up, it can never be taken down. Through social networking sites such as Facebook, many people post pictures and reveal various details about themselves.

Later, when these people apply for jobs, the company where they applied will, in most cases, find out as much as they can about a person through the internet. In the United States, it was found that approximately 70% of recruiters did not hire a person based on what they found out about the person on the internet. The internet can be a very dangerous thing.

Overall, the internet has great benefits that everybody can appreciate. One needs to be more careful on the internet and reveal less about themselves. Aside from the internet, people should get more involved with “the real world”. To show you what I mean, here’s a funny little quote…

“Hooked on Internet?  Help is a just a click away.” – Anonymous