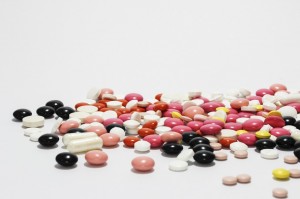 Recently, Valeant Pharmaceuticals were lambasted for their malicious business strategies in front of the Senate Special Committee on Aging at a congressional hearing.  Their practice may be considered malevolent but it does not change the fact that numerous other pharmaceutical companies participate in the same practices to maximize their profits.

According to Pharmacychecker.com, the Valeant Chief Executive Officer responded by stating that their actions were part of their business strategy to maximize profits and he highlighted the fact it would be completely a normal practice for the CEOs of companies in different industries to act the same way.

What Valeant executives fail to acknowledge is the fact that this company is hiking the price of critical drugs, making it unaffordable for people who require the drugs to purchase them. Pharmacychecker.com also outlines this fact when informing:

“Valeant is viewed as particularly pernicious because its price hikes for critical medications Nitropress, Isuprel, Syprine, and Cupermine, were 310%, 720%, 3,200%, and 6000%, respectively. Even worse these medications are old drugs, not new innovative medications. Those increases make average patented, brand name drug price increases of almost 15% in 2015 look paltry, even when that average exceeded inflation in leaps and bounces, which was under 1%.”

Overall, the fact that pharmaceutical companies like Valeant are able to hike up their prices as such, it forces consumers to find affordable sources for their medication, such as from online pharmacies.