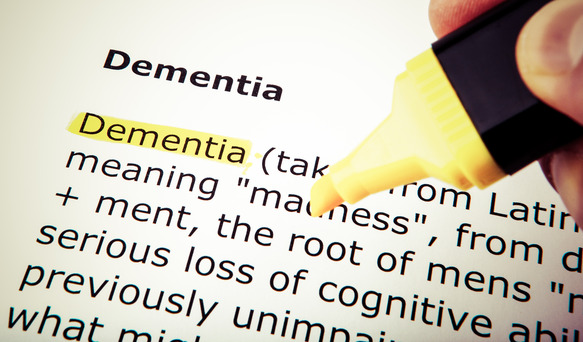 When you hear the word dementia, you probably picture someone older. They might be sitting in a rocking chair, staring off into nothing. They’re near death, right? Incorrect. As a matter of fact, this stigma associated with many individuals with dementia is not only inaccurate; it’s harmful in a variety of ways.

Of course, this isn’t exactly your fault. We’ve been taught that people suffering from dementia are old, slow and knocking on death’s door. However, this couldn’t be further from the truth. In fact, there are dementias that exist which are frequently diagnosed in middle age, unlike other dementias, which are usually diagnosed in more elderly people. And while certain behaviors are associated with the disease like forgetfulness, using the wrong words in a conversation or impulsive behavior, there are many people suffering from dementia that are capable of leading perfectly normal lives for some time.

The stigma associated with dementia is quite harmful. In fact, most people don’t even realize just how harmful this stigma is. Because of the swirl of negativity around the disease, many people that fear they’re suffering from it avoid telling anyone – including their doctors right away – fearing that the diagnosis means their end. But while there is not currently a cure for dementia, early detection is crucial in helping patients manage their symptoms and possibly slow the disease’s overall progression. Plus, early detection will allow patients to make decisions regarding important things. Would they prefer to live at home or in a facility? Is their will up to date?

Despite these important conversations, many people still tend to avoid a diagnosis of dementia for a variety of reasons. Yet, those that do face their diagnosis are met with even more problems after receiving the news. For one thing, the stigma associated with dementia can be very hurtful. Individuals report losing friends, being talked down to or even being ignored completely. The truth is that engagement helps to stimulate your brain. By having conversation with friends or even just a stranger in the elevator, dementia patients are helping to increase their brain activity – which is very healthy.

In addition to terrible social effects, there are very few doctors that work in geriatrics and even less doctors that are knowledgeable when it comes to dementia. The lack of knowledge carries over into a lack of treatment, which can result in some very scary situations for dementia patients. The low value placed on the disease also carries over into a slower diagnosis and health practitioners that talk over patients who have dementia written on their charts.

If you know someone suffering from dementia or even if you just suspect that they do, help fight the stigma. Encourage them to participate in daily activities like paying bills or washing dishes for as long as they’re able. You can also support campaigns that exist to fight the stigma associated with dementia. Finally, encourage people around you to learn more about this disease. 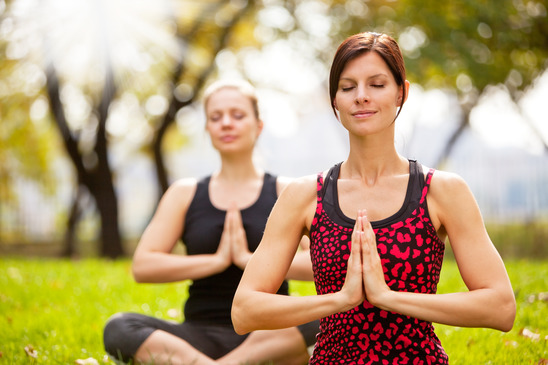 Why I Meditate Everyday (And Maybe You Should Too)

Meditation is one of the best ways to relax and unwind, not just after a difficult and stressful day at work, but throughout your life. It has become popular all throughout the world, and with good reason. It is cheap (you don’t need to buy expensive equipment to try it), it is easy (simply learn a couple of techniques and immediately feel the benefits) and it is fun. You, too, can soon start feeling the benefits of meditating for just a couple of minutes every day.

Most people are introduced to meditation as a way to deal either with stress or with medical issues. Meditation has been proven to help with problems such as asthma, depression, pain and, of course, stress without having to pop a pill twice a day. You need not fill your body with chemicals to start feeling more human: simply taking a few minutes a day to learn to breathe and relax can do that, instead. Whether you are feeling stressed at school or under pressure at work, meditation can really help you remain calm and in control, even in the most difficult of circumstances.

So how exactly do you start meditating? Anyone who has ever thought about practicing this art will know that there are so many different methods and techniques that it can be almost intimidating. However, the best thing to do is be patient. Because there are so many great techniques out there, there is something for everyone, and you will find a method that works for you. Most people start by searching the net and finding a breathing technique that they feel is simple, easy and memorable, one that they can do every day. This is the best place to start. Simply find a method that you know you feel comfortable with.

Once you have found this method, you will almost immediately start reaping the benefits. As well as helping with pain and depression in the long run, meditation can really help if you struggle with concentration. Our brains actually have two ways of thinking: slow and fast. Fast thinking is automatic, whereas slow thinking is very deliberate. This is the kind of thinking we do when we’re tasked with a duty such as something at work or a puzzle or a riddle. Through meditation, we can train and strengthen our minds, improving our powers of concentrating with just a couple of minutes every day.

So you’re already feeling less stressed, less depressed and you’re finding it easier to concentrate. What else can meditation offer you? Well, as soon as you’ve meditated once a day for about a week, you may start to feel generally calmer, happier and even more energetic. That’s right: even if you cannot get your full eight hours of sleep each night, you will feel a lot more able to tackle the day after your daily meditation. You will exude calm, peace and serenity by just meditating for a couple of minutes a day.

Contacting your Members of Congress to support various issues impacting personal prescription importation is vital to our success.