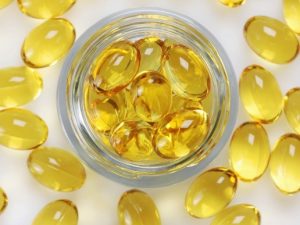 In recent months, there have been a huge number of debates surrounding vitamin D and mortality. Some studies have suggested that consuming a high level of vitamin D can lead to an early death while other researchers aren’t so convinced that this is true. But now, a recent study being conducted from the University of California-San Diego School of Medicine claims that there is a link between early death and vitamin D.

What is Vitamin D?

Vitamin D is a fat-soluble vitamin that is designed to help regulate the absorption phosphorus and calcium in your body – more specifically, the bones. It is also important for immune system strength and cell-to-cell communication.

Last year, another study was conducted by the University of Kentucky. It indicated that vitamin D deficiency can actually cause damage to the brain. A more recent study suggested that maintaining low levels of vitamin D during the first 26 weeks of pregnancy can actually increase the risk of preeclampsia.

Vitamin D Deficiency and Mortality – Is There a Connection?

For the latest study, a UC-San Diego research team tried to determine if vitamin D deficiency had any influence in mortality rates. They discovered that patients with a lower amount of vitamin D in their system were twice as likely to die before their time. The researchers conducted a review of about 32 studies, each of which they analysed blood levels, mortality rates, and of course, vitamin D levels.

The study included more than 560,000 participants, and took place over 14 countries with the average participant being about 55 years of age. The study concluded that vitamin D is safe to consume when you’ve taken approximately 4,000 IU per day. Amounts lower than this were more likely to die a premature death.

The results of the study revealed that the participants with a lower amount of 25-hydroxyvitamin D in their bloodstream were twice as likely to die versus those individuals who had that amount in their bloodstream. The researchers recommend that individuals get checked for 25-hydroxyvitamin D at least once per year to ensure that they are getting the proper amount of vitamin D in their diet.