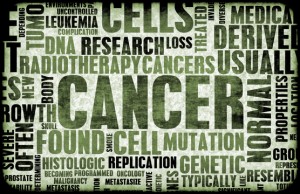 Considering the danger level associated with cancer today, you’d probably expect people to take cancer-related symptoms more serious than ever before. But data taken from the field is suggesting otherwise. A study conducted by Dr. Katrina Whitaker showed that of the 53% of people who demonstrated warning signs for cancer, only about 2% of them actually considered them to be serious.

The study took place in the UK, in which 1,724 people over the age of 50 were asked a variety of health questions. The questionnaire was strategically designed to figure out if patients were experiencing any one of the 17 symptoms on it (10 of which were considered very serious cancer related symptoms). Some of these included change in bowel habits, changes in mole appearance, or unexplained coughs. Others like unexplained weight loss or lumps were also included, among others.

The important thing is that the people were not told which of the symptoms were considered warning signs for cancer. This helped add more credibility and accuracy to the study.

Unfortunately, only about 2% of the participants considered their symptoms to be related to cancer. Surprisingly, the study also revealed that a whopping 53% of participants reported having experienced at least one of these warnings signs within the previous three months. Why is this information important? Well, if you’re over the age of 50 (when cancer is most likely to occur), you need to start taking these warning signs seriously to help prevent the disease from spreading to a pathological level.

During the study, the most common warning sign for cancer was persistent coughing. The other equally common warning sign was consistent changes in bowel habits. Two others, problems swallowing and unexplained weight loss, were the least reported symptoms on the study. Even obvious warning signs, like changes in mole appearance or unexplained lumps, were not considered “dangerous” to the participants. It’s actually pretty frightening to think that these individuals didn’t even consider cancer being a potential cause of these symptoms.

It’s Better To Be Safe Than Sorry

Just because you’ve experienced a warning sign for cancer, doesn’t mean that you actually have the disease. However, it’s always better to be safe than sorry. If you’re experiencing any of these warning signs, it’s a good idea to visit a primary care physician to see what the problem is, especially if these symptoms remain consistent for an extended period of time. It might just save your life.